As a responsible web hosting company we do all we can to ensure we only host legal content. This has been at the heart of Hosting Ireland’s ethos since we started doing business 10 years ago. We also go beyond this and sponsor Hotline.ie which is a free anonymous service which allows internet users to report content that they feel maybe illegal. See below the press release detailing the launch of the latest Hotline.ie report…

In 2011, reports received by the Hotline where the content was assessed to be probably illegal under Irish law fell by a colossal 50.5% on the previous year, which according to General Manager Paul Durrant, suggests that international concerted efforts to combat child pornography online are making headway. This is highlighted in the Annual Report of the Hotline.ie service, which details the activities of the service during the period 1st January through 31st December 2011.

Hotline.ie has seen a huge decrease in reports assessed as referring to illegal child pornography in the year. This number fell from 183 unique illegal reports in 2010 to 83 in 2011. The number of unique child pornography reports is now at its lowest since 2001. Given that overall reporting to the Hotline has been similar to previous years, this outcome is yet another welcome indication that the average Internet user is not encountering content they suspect to be illegal as frequently as occurred in the past. This may be due to changes in the average web browsers’ habits which now largely revolve around social networking services where this type of content is not freely happened upon. Internet users, and in particular users of technologies such as peer-to-peer, are encouraged to be vigilant and report content they encounter online which they suspect to be illegal to Hotline.ie.

In April 2011, the arrest of a Bulgarian school teacher sharing child pornography online resulted directly from the police investigation initiated as a result of a report to Hotline.ie. The Hotline Analyst traced an IP address in Bulgaria from which a video of a scene involving boys and girls between the ages of 8 and 12 years old engaging in sexual activity. Technical information was transmitted from Hotline.ie to their Bulgarian counterparts making it possible for the Bulgarian Cybercrime Unit to match the dynamic IP address where the illegal activity occurred, to one specific physical address, identifying the user as a 34 year old school teacher in the city of Plovdiv who had been teaching geography to pupils from 12 to 15 years of age. The individual was arrested and during the search in his home a large quantity of child pornography involving mainly pre-pubescent girls was discovered and confiscated as evidence. He was charged with possession and distribution of child pornography.

Hotline.ie is now in its 13th year and continues in its drive to curtail the criminal misuse of the Internet and, in particular, to prevent the online exchange of horrifying images and videos of the sexual abuse of children worldwide. The Hotline.ie Annual Report is a comprehensive insight into this campaign. Hotline.ie is a service run by Internet Service Providers Association of Ireland and co-funded by the European Union.

The full report will be published online at:
Hotline PDF Report covering 2011 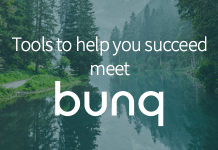 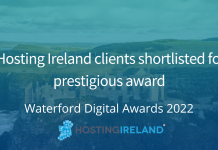 WordPress and Litespeed – the Perfect Partnership!